Mr. Shepard is the owner of GMAS and head instructor of Hapkido and NSI Arnins/Worden Defense System. Mr. Shepard has been studying martial arts for 13 years, first studying Hapkido under Grandmaster Kwan Seek Hyun and Master Soon-Joon Ahn in Chicago. He continued training in Bloomington under instructor Arlo Welty and currently holds a 3rd degree black belt in Hapkido, working under Master Bryan Robertson. Mr. Shepard further studies Datu Kelly Worden's Natural Spirit International/Worden Defense System and is a Full instructor teaching the NSI Arnis/Worden Defense System class. Mr. Shepard also holds a first degree blackbelt in Taekwondo. He further studies JKD/Kali/Eskcrima in the Martial Concepts method and studies Pekiti Tirsia Kali. During his time in the ranks, Mr. Shepard has worked security and VIP bodyguarding at several local venues. He hopes to bring a range of knowledge and practical real-world application/experience to let the student master key fundamental elements of the art. In understanding the deeper concepts and principles, they might better "connect the systems".

Mr. New has been an instructor for many years and believes one of the greatest benefits of his martial arts training is being able to share what he has learned with other people. Mr. New is now semi-retired and is a guest instructor and Hapkido judge at Guardian.

Mr. Scheid, a 3nd Dan TKD Black Belt, began his martial arts training in 1984 at the Korean Tae Kwon Do Academy (KTA) in Washington, IN earning his 1st Dan Black Belt in 1988. He has also trained in Ryukyu Kempo (Green Belt), Modern Arnis, Shaolin Kung Fu and Hapkido (Green Belt) while staying active in marital arts through 1997. Mr. Scheid joined Guardian Martial Arts Studio in 2015 after a long break and prompting from his wife, Christy, and son, Sawyer, who is also a student at Guardian.

Mr. Scheid is living proof that it’s never too late to (re)start. Mr. Scheid enjoys incorporating his mixed-martial arts and physical science (engineering PhD) background into the traditional Tae Kwon Do taught to the students at GMAS.

Mr. Ketcham originally enrolled his son in Tae Kwon Do at GMAS, and after awhile decided it would be a fun thing to do alongside his son, and so began martial arts training himself. Mr. Ketcham is highly committed to teaching martial arts at GMAS, and was not only the first student to progress through Guardian's program -- from white belt to Black belt, he was also the first at GMAS to earn Black belt rank in both Tae Kwon Do and Hapkido almost simultanously: Mr. Ketcham earned his 2nd Dan TKD Black belt on October 30, 2020, and
1st Dan HKD Black belt on July 14, 2017.

Mr. Swain was Guardian's very first enrolled student in 2012, and trained consistently during his five year journey to Black Belt. He did take some time off to (successfully) campaign for Monroe County Sheriff, but was quickly back in the dojang. Mr. Swain earned his 2nd Dan TKD Black belt on December 6th, 2019 at Guardian, and is working towards achieving his 1st Dan in Hapkido, as well.

A member of the U.S. Navy, a full time career at NSWC Crane, and several lengthy overseas assignments along the way, makes Mr. Schneidt's faithful and consistent training in martial arts all the more remarkable. He earned his 1st Dan in Hapkido at GMAS on September 8, 2017, and his 1st Dan in Tae Kwon Do December 6th 2019. He is also a High Blue belt in NSI Arnis/WDS. Mr. Schneidt instructs Hapkido each week, and it should be noted that he and his wife, Kim, and their five children, all train together in martial arts at Guardian.

Lyra Schneidt is a 1st dan black belt in Tae Kwon Do and teaches the Lil Kicks class on Saturdays along with her sister Ava. She joins fellow Black belt instructors by assisting Mr. Schneidt with Lil Kicks instruction and teaches TKD during the week at times. 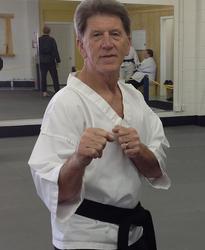 Master Johnson began his martial arts training in 1983, and was instructed in a very traditional manner at Lee’s Martial Arts in Bloomington, Indiana (he was the owner of that studio from 1990-1991). The fundamentals mandated by Grandmaster Ki-Duk Lee inspired Master Johnson to instruct in a similar fashion, insuring that students who train at Guardian Martial Arts Studio receive all the benefits of a similar education and develop a deep appreciation and understanding for the traditional values of martial arts.

“There is no magic that happens when you tie a belt around your waist. Just putting on a black belt doesn't make you a Black Belt. I want our students to be proud of each belt they earn, and everyone at GMAS will help them to be the best martial artist they can be.” 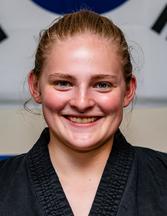 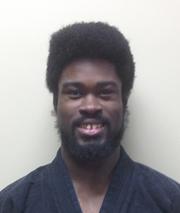 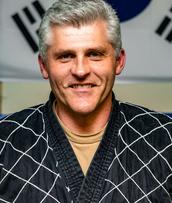 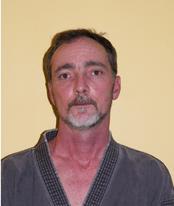 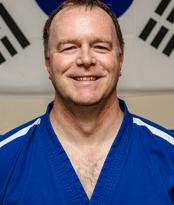 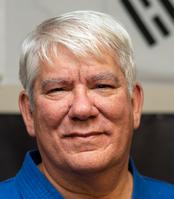 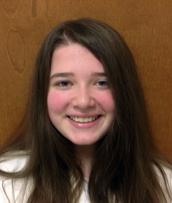